Walt: Predict a realistac chapter for a story

Hello Blog Viewer Today in literacy Mrs Tele'a Read us a short story called Lighthouse Blues. it is very interesting and I encourage you to read it here is a picture of the book. she didn't read us the whole book she read part of it and made us predict the future and write down what we think will happen next, After we wrote our prediction Me and Marika read out our prediction to the class. Here it my prediction and what happend. 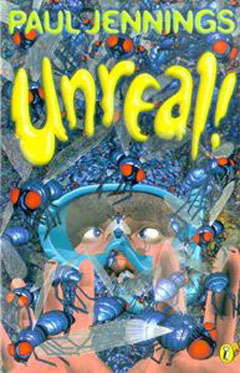 Prediction
Anton listens as Stan carries on with his story but was stopped when a loud clap of thunder sounded. I pulled on my coat and we made our way back to the lighthouse. I was almost at the lighthouse when I thought I saw a tall dark figure standing in the shadows I told myself it was a trick of the light but I new deep down I was lying. The thunder and lighting crashed down as Stan and I sat down for dinner we had something that look like salmon and potatoes but it was hard to tell because of the stench that came from the fish.

After dinner I sat on the bed thinking about what had just happened was it a ghost figure I had seen was it Stan’s ancestors playing the music am I dream or it this all real. The storm was loud and hard I thought it might sweep the light house away and the ocean rocked back and forth keeping me awake  I looked out the window to see something that look like an instrument I couldn’t quite make out what it was but if I had to guess I think it was a saxophone.