Hello there and welcome back to another beautiful of the Summer Learning Journey. 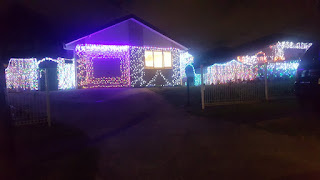 The book was about a moari man who could take a shape of a bird, his name was Mitai. He had brother and enjoy evadropping on there conversations. His Brother we also the most handsome men in the village. One day Mitai and his brothers went hunting and on there way they heard beautiful singing. The singing lead to some beautiful           women with beautiful golden hair, the brother
immediately fell in love with the women and took them back to get married. A few days later all the brother had grown week and looked like flesh and bones they went hunting and on of the brother had come back too check on his wife but they were there all of them. It turns out they had the power to become  from another tribe and they were gonna starve the brother and they were just trying to find a way come back to the village. But the brothers and Mitai hatched a plan they got some magical net which they gave to the gods and the women became the 7 stars of matariki. 
The picture I picked is picture 2. I think the cloud looks like a spinning top or a tournado but it does look kind of weird because there aren't many clouds around it. It's also blocking out the sun so the town below would probably think there about get rain. The cloud reminds me of an early morning walk!

So that's all for today I hope you enjoyed see you next time!