A long while back in time there lived a Taniwha at lake Taupo. The Taniwha liked to eat people passing by in their waka. That's why people feared to sail on Lake Taupo at night.

In the time of the taniwha there lived a boy called Tamarereti. One day he was really hungry so he went on his waka and started to do some fishing. After he caught three large fish he felt tired so Tamarereti fell asleep. While he was asleep the wind blew Tamarereti to the other side of Lake Taupo.

When Tamarereti woke up he found himself at the other side of the lake. Tamarereti was really hungry so he decided to cook some dinner. Tamarereti eventually got  worried about the taniwha because it was getting dark and that when the taniwha rises up from his hiding place and eats people. When Tamarereti was cooking his dinner he found some shimmering pebbles . Suddenly he got an idea. So he loaded them onto his waka and set off into the lake. As Tamarereti sailed the waka he threw the rocks in the sky.

When he got to his home Tamarereti went straight to bed and when he woke up he saw that Ranginui was standing before him. Tamarereti knew he would be punished, but instead Ranginui said his sky looked really beautiful. Ranginui asked if he could cast Tamarereti’s  waka into heaven so that we can remember this story for over generations. 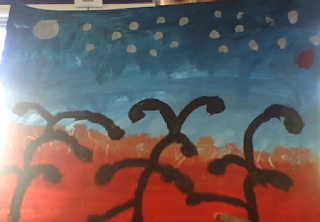 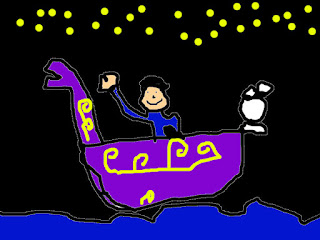