One day an earthquake hit Rome and kind of destroyed the Colosseum. Did you know that the Colosseum is a tourist destination? 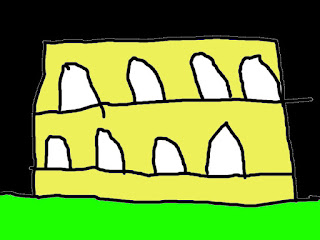