Once upon a time there lived a rich man. He had a beautiful daughter, her name was Ella. One day Ella 's mother died. Ella was heartbroken. After a few days Ella's father decided to get married again. When Ella's new family moved in Ella's father went to explore the world. Ella's stepmother was not kind, she was mean and  horrid. She bought her daughters with her.


Ella was forced to do  all the work in the house . The hard thing for Ella was that once she finished something, there was another job waiting for her .


When Cinderella sat by the cinders and ashes slowly tears fell down her cheeks. Suddenly a kind looking woman appeared. The kind looking woman was Cinderella's fairy god mother. She went into the garden and tapped a enormous pumpkin and immediately it turned into a  beautiful coach and six grey mice turned into  six grey horses to pull the coach. But there was  one more problem left Cinderella didn't have anything to wear to the ball. So Cinderella 's fairy God tapped her on the shoulder and soon Cinderella was wearing the most beautiful gown in the land . But Cinderella's fairy god mother  told her that she had to be back at midnight.


Cinderella was having such a great time that she lost track of time, soon the chimes for midnight rang and Cinderella ran out of the palace. As she was running she lost her dainty glass slipper. The prince said that tomorrow we  will travel the land and look for the woman who fit the slipper .


The very next day the prince and his servants set off to find the woman who fit  the slipper.
When the prince and the servant  came to Cinderella's house Cinderella got locked in her room. But there was little mice who stole the key from the Stepmother and got Cinderella out while the sisters and  her mother tried to force their big feet inside the little slipper. When Cinderella got out of her room she asked if she could try the slipper and the sisters burst out with laughter. The servant went to Cinderella. But as he was  walking to Cinderella he tripped and fell and the glass slipper broke into the thousands of pieces.


Cinderella slowly took  out the other glass slipper and said maybe this can help. So when she sat down to try it on, well it was the perfect fit . The servants took her to the palace  where the prince was waiting. When she got there the prince asked her to marry him and they lived happily ever after. 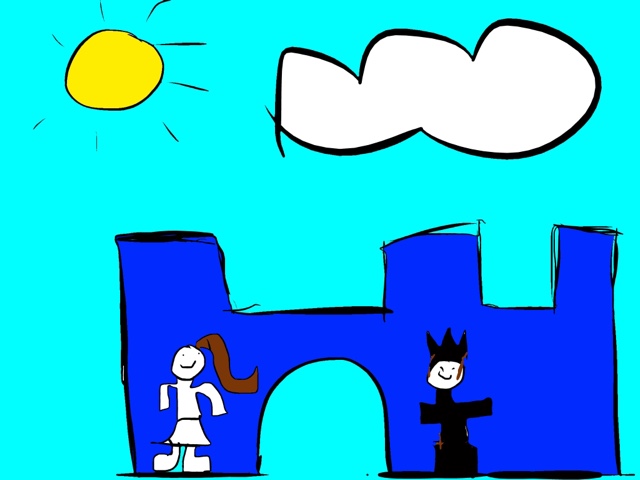